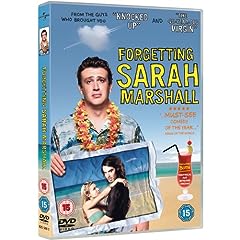 Normally I avoid romantic comedies, not because they’re stupid or dumb or only for girls, but because I find too many of them predicated on confusion and misunderstanding.  I really don’t enjoy those as the basis for a story, sure they’re present in most stories, just about all comedies and plenty of life experiences, but when they are the sole basis for a story about relationships I get annoyed.

I think it’s lazy film making to write a story of boy and girl meet, boy makes assumptions about girl, relationship develops, truth emerges, boy and girl split up for stupid reasons, comedy ensues, boy and girl work it out and get back together.  Because I find the parts of movies where two people are mistaken about some basic truth and that confusion causes conflict between them annoying, I really don’t cope well when the entire movie is built around it, and I’ve seen too many romantic comedies built on that exact foundation.  Yeh sure it’s a generalisation, sometimes I laugh at comedies built on confusion and I can deal with it, but when there are so many movies to watch I don’t usually take the risk.

Then a friend of ours said I had to watch Forgetting Sarah Marshall because it was just awesome and amazing.  I’d already been pondering how unfair my movie watching preferences were for Grete – do we want action with guns or action with swords tonight (or teen comedies from 1985).  On top of that, I caught the last third of Knocked Up a while back and laughed pretty hard, so I promised Grete I’d watch more comedy with her.  Forgetting Sarah Marshall seemed like a good place to start.

First and foremost, this is not a romantic comedy based on confusion or misunderstanding, there’s one tiny moment where we thought it was about to descend into that and then gloriously it didn’t (it turned into a bit of a blow job joke instead).   Sure, we have the standard ‘thing goes wrong and we have to stop being together’ moment and then the ‘we realise we’re being stupid and get back together’ section, but they feel natural and organic and amusing.

At the outset our main man is dumped by his long term and famous TV star girl friend (one Sarah Marshall) and the film centres on his attempts to pick himself up and forget her.  It’s a small cast and I’m a huge fan of small casts, and the dialogue is sharp and interesting.  While the overall story arc is actually pretty obvious the twists and turns are interesting and there’s a couple of sweet moments I wasn’t expecting.

Despite my reservations, I quite liked Russel Brand.  The rest of the cast was pretty good and I especially liked Mila Kunis.  Kristen Bell was the weakest of the crew I felt (Sarah Marshall), but it may be because of the role and how Sarah has to be portrayed.

I have to say it wasn’t as outrageously funny as I’d been led to believe, and while I certainly laughed out loud a few times, it was more of a general smirk and chuckle kind of film for me.

Despite that minor quibble, it was an enjoyable film, with some truly touching moments next to some truly funny scenes, and I was left feeling pretty happy by the end.  Note, there are a couple of scenes of full frontal male nudity, so make sure you’re not eating or drinking anything you might not be able to get out of the carpet if you’re easily surprised.